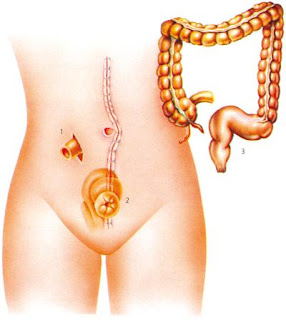 Dear friends,
I am here :-) and I feel fine and so happy to be able to write again; already 10 months have passed since my first surgery. The recovery was a little bit 'hard”but on the one hand my psychologist helped me by providing talk therapy to achieve my goal (get my physical suffering over, improving my social conditions and having more successful personal relationships), and on the other hand my husband helped me to discharge my aggressive feelings by giving me constant sympathy and protection.The first thing, I would like to focus on -before doing a summary of the Ostomy surgery- is that I can not believe that I stopped the medicines. As soon as I wake up in the morning and then I prepare my breakfast I look at the place where I had all the medicine and now is EMPTY !!!
NO MEDICINE!!! 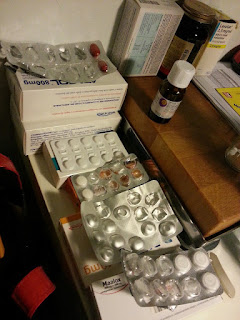 I think positive and I feel strong and determinate 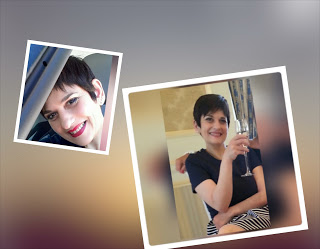 ( May 2015)
Now I can go out without having to go to the bathroom and I can taste everything:-) 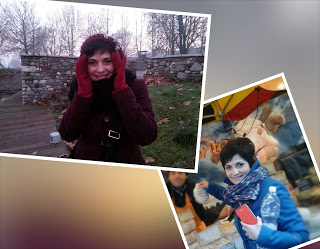 ( February 2015)
At the suggestion of my rheumatologist I am going in the swimming pool to do rehabilitation,because the long-term use of the steroids cause muscles weakness and wasting. I have also so much pain and other disorders of the joints and ligaments caused by the reactive arthritis.
Besides, I'm doing yoga and meditation, so that I can face the second surgery (J-pouch anastomosis with a stoma protection) 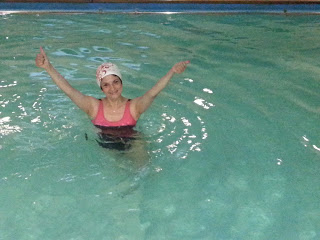 ( May 2015)
July 2014: I received the call from the assistant of the Professor five days before the surgery, by explaining everything I needed to do, and the hospitalization  would hold up ten days. I arrived in the hospital on July 23 and the surgery was scheduled for July 24. I presented myself on the morning of twenty-three of July to make various tests and control examinations and I had to be fasting from the night before, then I had the interview with the anesthesiologist to discussa about my anesthesia and the surgeon as well, who told me that the ostomy of the bowel, will be in three-part surgery. The current operation will be the total removal of the colon with a packaging of a temporary ileostomy ( loop ileostomy) , followed by two more operations.
He explain me how it works :
The first operation ( step one ) involves the total removal of colon except the rectum with a temporary ileostomy ( loop ileostomy ), since removal of the rectum can lead to complications with the anal sphincters. So the colectomy will be performed as an emergency because i was extremely ill,and then in separate stage it will be the removal of rectum and the J pouch construction will be performed.
The surgeon creates a stoma by bringing the end of the small intestine through an opening in the abdomen and attaching it to the skin to create an opening outside the body. A stoma may be three-fourths of an inch to a little less than 2 inches wide. The stoma is usually located in the lower part of the abdomen, just below the beltline. A removable external collection pouch, called an ostomy pouch is attached to the stoma and worn outside the body to collect intestinal contents or stool. Intestinal contents or stool passes through the stoma instead of passing through the anus. The stoma has no muscle, so it cannot control the flow of stool, and the flow occurs whenever peristalsis occurs.
The second operation ( step two) is performed after 7 or 10 months ( sometimes called " takedown" ) in which the ileostomy is reversed. The reason for the temporary ileostomy is to allow the newly constructed pouch to fully heal without waste passing through it, thus avoiding infection. This step consist of the remove of the rectum and the connection of the ileon to the anus by creating a J-pouch .
In a J-pouch anastomosis, a 12 inch section of the small intestine is formed into a J-shaped pouch in order to replace the function of the rectum and store stool until it can be eliminated.
Finally after 5 months we will go on with the third operation ( step three) to remove the external ostomy pouch and keep the ileo-anal pouch . 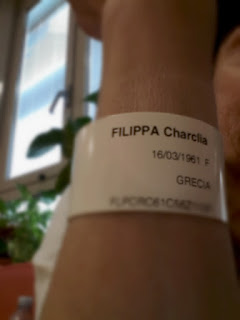 ( July 2014-Bologna Hospital)
On the same day, I had a bowel preparation with 2 litres of an oral laxative solution, in order to clean the colon of fecal contents and the nurse advised me that my surgery was scheduled for the 07:30 am the day after; I was the first on the list. I was psychologically ready to face this surgery, because I wanted to cure myself and get better. The day after 6:30 the nurse brought to me the compression ( anti-embolism) stocking and shirt. My sister and my husband was at my side. Despite my weakness, we have connected our hands together, so they could hand their strength and positivity on me. 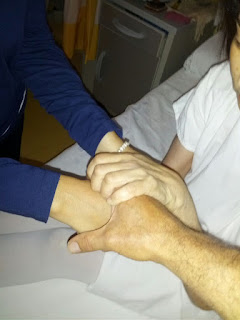 ( July 2014 -  2 hours before  Ostomy surgery - Bologna Hospital )
My operating room nurse greeted me and went with me into the operating room. I prayed !!
I felt calm, thanks to drops of valium they had given me before; my anesthesiologist Emanuela was very capable. The day before during the interview I said to her that I am afraid and she told me that it was better to take Valium drops before come under general  anesthetic. The surgery lasted only two hours; the surgeons were very capable and fast. It was removed the entire colon except the rectum with a temporary ileostomy ( loop ileostomy). I woke up after the operation with no pain because I was under morphine and I was attached to the intravenous drip in both my hands and I had also gastro nasal tube, anal and urinary catheter and I had also two drainages in the belly to take away the blood. The surgery went very well and the next day the physiotherapist forced me to get up and sit up but it was so difficult and painful because I felt dizzy and then  the wound was so large in vertically  position just below the sternum to just above the pubic bone, stitched up internally and externally. During the visit of the surgeons, they wanted me to walk up and told me that I should not stay in bed; the physiotherapist came every morning to help me and sit up in a chair and then to walking. 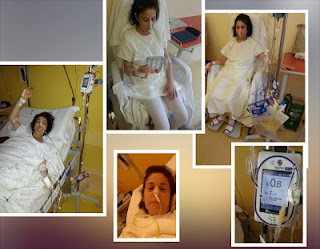 ( July 2014 - Bologna hospital)
After surgery and because of the morphine, the small intestine stops working; when it starts to work again the pains are very strong; It feels a movement and the ostomy pouch begins to fill up with bile and air. At this point the nurse removed the gastro nasal tube and I started to drink only water and then eating step by step. After 5 days the nurse removed the anal and urinary catheters and in the end the most painful was the remove of the two drainages that i had in my belly.I was under morphine for five days, starting from 1.5 up to 0.5 and then to stop. When I stopped the morphine I felt so bad but the next day I was back completely normal. I also had a little bit of fever, because of the absence of cortisone but after getting cortisone I came back completely normal. While I was recovering in hospital, the stoma nurse teached me how to care the stoma, including how to empty and change the bag, also how to keep the stoma and the surrounding skin clean and free from irritation. She explain me the different types of equipment; I choose the COLOPLAST supplier. The first approach with the stoma was terrible but then my psychologist helped me to accept the temporary ostomy pouch, because it gave me my life back. (  August 2014 - February 2015 - in my home )
For the first 3 months, I followed the necessary changes to my lifestyle and to a diet a low residue(no fibre), because the food with fibres increase the activity of the small intestine, by causing the frequency and amount of the faces . My large intestine ( a site of fluid absorption) is no longer a part of my digestive system and the fecal matter that exit from the stoma has a high water content. That's why I have to drink 2 litres of water a day. Now I resume a normal diet and I returned to my normal activities. My day starts with a juice of fresh fruits and vegetables (beetroot, carrot, celery, lemon, apple) and a cup of barley coffee with goat's milk and a piece of homemade cake with emmer flour and my homemade jam; At mid morning, I have my homemade yogurt, then for lunch I eat the pasta with ground beef, interchanging with the fish or the escalopes and then for snack I have a banana and I drink a lot of fresh water between my meals. Then in the evening I prepare a soup with homemade vegetable stock cubes and Parmesan. Following this nutrition my weight increased in nine kilos and my analysis are perfect; I digest everything and I do not have vitamin deficiencies. I also take the Vit D to treat osteoporosis caused by steroids. I'm doing a normal life, even though it is not easy to live with the ostomy pouch because it limits you in so many things, but as I have always said:
WE HAVE TO ACCEPT WHAT IT IS NOT BE CHANGED
I am back :-) 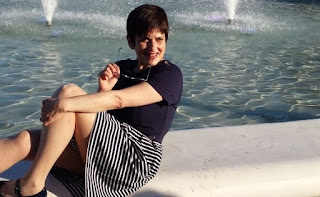 ( May 2015)
During this period I am in relaxing and I live every single day like it is a gift, because  IT IS !!!
I attend also some online course related to my job in order to be updated  when I return to my office that I miss  so much .
This terrible disease, suffering and surgery has made me a stronger and positive person.
I am waiting for the call  for the second operation (step two) of anastomosis with J-pouch with a stoma protection;  A BIG thanks to my manager, his assistant and my colleagues for their support during this period of convalescence. 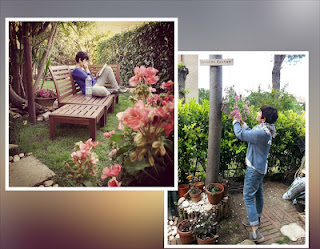 you never know how
STRONG
you are
until being strong is the
ONLY
choice you have
Chara F. 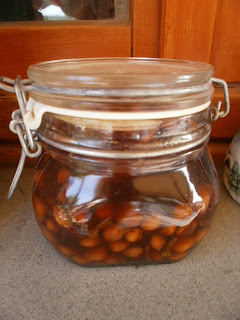 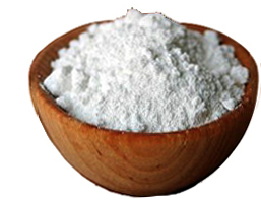